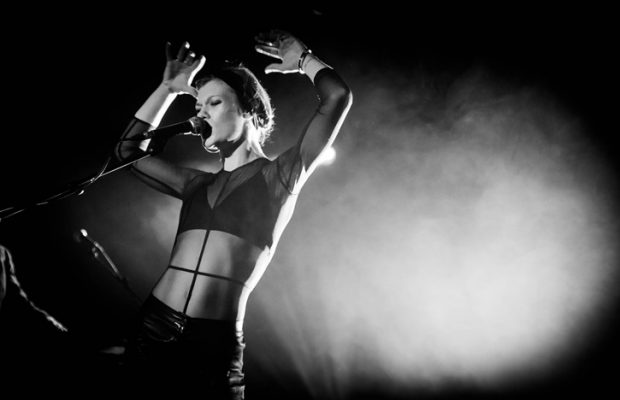 A letter from Trixie

For this Lacuna re-imagined project I decided to commit to just a few key ingredients, stripping the production away in service of finding out what I was left to work with. I committed to the following: all tracks had to be based on a full live one take recorded in my kitchen, with no edits made to the take. Leaving room for all the raw imperfections, I have a general rule of 3 takes for any recorded live performance, and I willfully chose to perform the bulk of these without a click. On two of the six tracks I did decide to use analog drum machines, going back to another part of my roots in writing and playing.

I thought to myself that this process could either turn into a complete mess or that there would be enough room for new discoveries to be made, in service of hearing the music in a different light and envisioning new possibilities for future endeavors. After the solo kitchen live takes were tracked, the amazing musician/composer Emily Wells and her accompanist Topu Lyu on cello joined in arranging the strings at my home studio.

During Lacuna Re-imagined it instantly became clear how I was ready to deal with the next chapter of my own personal healing, facing things I had previously not been able to… During those three days that Emily and Topu came to my place to track the strings, Topu asked if I had watched the documentary “How to survive a plague” and mentioned that the score was done by Stuart Bogie. Funny enough, over the last years Stuart had become a dear friend and coincidentally also my neighbor. Suddenly the project became full circle once Stuart joined and added the horns & woodwinds to the live takes, breathing new life into the music together with Emily and Topu’s string arrangements.

This year marks the 15th year since my father passed away. He was 45 at the time and would have turned 60 this year. Finishing up this Lacuna Re-imagined project during COVID had turned into a personal reckoning with my own grief and the taboo that was upheld within my own family. As raw as these recordings are, I’m so happy to be able to share them with anyone willing to experience them. I put so much love into them and for my father’s birthday, I have partnered with the Callen-Lorde clinic in NYC, which helped both him and I, while he was still alive. They continue to do really important work for vulnerable minority groups in the city. Any profits made from these recordings and the upcoming live event will go directly to their clinic and activism work.

We use cookies to ensure that we give you the best experience on our website. If you continue to use this site we will assume that you are happy with it.GO